Charlotte Olympia collection in MAC Cosmetics mainly is of retro glam color with all reds, n*udes and goldens. Lipmix is a highly pigmented cream that can be used directly to customize the color of lips.

So when I saw this lipmix online, not just the color but also the fact that it’s a totally different type of lip product made me buy it immediately. The product comes in plastic tube with a golden screw style lid. MAC Charlotte Olympia Lipmix is soft in texture and the cream base makes it easy to apply over the lips. The product stains well, and it stays on your lips for more than 8 hours. The red lipmix is an orange based red, and crimson lipmix is a blue based red, and both of them totally brighten up your face when you put it on. The texture is so soft that it glides over lips easily however I would recommend to scrub your lips before applying lipmix. Also you would need a lip brush to spread over the product on your lips evenly. I tired applying with finger but brush works great.

MAC Lipmix in Red and Crimson would be a great purchase for beauties of all age groups, it’s a totally bold party wear color and it stays well even after having couple of meals. It has a sweet fragrance which does not sting your nose. I am total fan of this formula and the colors as well. I do not remember MAC having any such product before and this was completely new. Also they have mentioned that it can be used to customize lip colors for our lips, though I am yet to try anything like that.

Here are the swatches of MAC Charlotte Olympia Lipmix in Red and Crimson:

Check out how Lipmix in Red looks on me:

Check out how Lipmix in Crimson looks on me:

None that I can think of!! Except I wanted few more shades but since Charlotte Olympia collection is mainly of reds and n*des this was not possible. 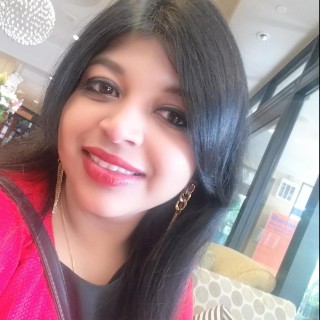 Engineer by profession, entrepreneur and blogger by passion, I am a true foodie and shopaholic!! A make up lover who would like to share her reviews with everyone!

© Copyright Get Gorgeous Blog 2021. Powered by WordPress. Designed by BluChic